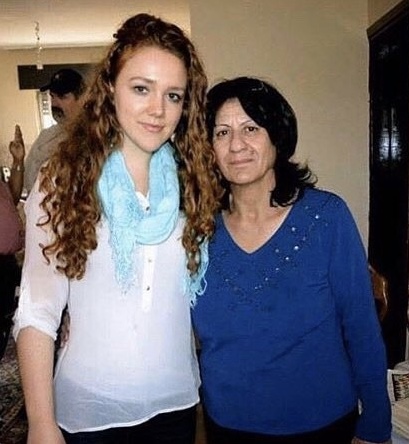 Recent reports of peace activist Rami Aman’s arrest by Hamas transported me back to the story of another Rami—Rami Khader Ayyad—the operator of a Christian bookstore in Gaza (the only one in the area), who was brutally murdered by Hamas militants for his faith.

On October 6, 2007, shortly after closing the shop for the evening, Rami disappeared near his home in Gaza City.  Despite having received death threats before (including the firebombing of his shop because of his distribution of Bibles and Christian literature in the Gaza Strip), his family remained optimistic that he would return for many hours.  A phone call from Rami the next day explaining that he had been abducted yet would be returned further fuelled their hopes and their fears.

But all were dashed the next morning when Rami’s body was found abandoned in the Zaytoun neighborhood of eastern Gaza City.  The signs of his brutal torture were evident as well as the deadly point-blank gunshot wounds to his chest and head.

At only 30 years old, Rami left behind his pregnant wife, their two children, his mother, and other loved ones.  The local Greek Orthodox church was packed as hundreds of Muslims and Christians attended his memorial service (though Rami had attended a Baptist congregation during his adult life).  His activism had not gone unnoticed. Other than his Christian outreach, he was known in the community for generously giving financial relief to fellow Gazans in distress.

With the help of American attorney Jay Sekulow of the American Center for Law and Justice, Rami’s family was brought out of Gaza to safety in Israel.

I never met Rami Ayyad, but I did have the privilege of visiting his mother, Anisa, several years after his death.

Though I often describe the surrounding settings in my blog posts, I will not do so here.  That is because Rami’s mother is located in a safe house—the secrecy of which is paramount to her safety.  But in spite of her seemingly safe environment, her grief and trauma over her son’s murder continued to reflect in her eyes.  Losing a child—especially in such a horrific manner—goes against nature itself.

Rami’s story is not an isolated incident.  The truth is that many Christians, peace and human rights activists, and those viewed as dissenters for any number of reasons, have suffered abuse and death at the hands of extremists—extremists that include various factions of the Palestinian leadership, like Hamas.

Rami’s murderers were not immediately identified.  It is speculated that this was due to their close ties to Hamas. Ashraf Abu Laila, a member of Hamas’ military branch called the Izz ad-Din al-Qassam Brigades, was later confirmed as the one responsible.  Also on May 21, 2017, he and his two accomplices were found guilty by a military tribunal in Gaza for the assassination of a government official and for spying for Israel, sentencing them to death.  Though Israel rarely comments on such accusations, the government has vehemently denied this one.

As innocent people like Rami Ayyad and Rami Aman suffered and continue to suffer severe human rights abuses at the hands of their own leadership, it is incumbent upon us to remember the victims and to take a stand against the perpetrators.