My Visit to the Ranch in the Sky 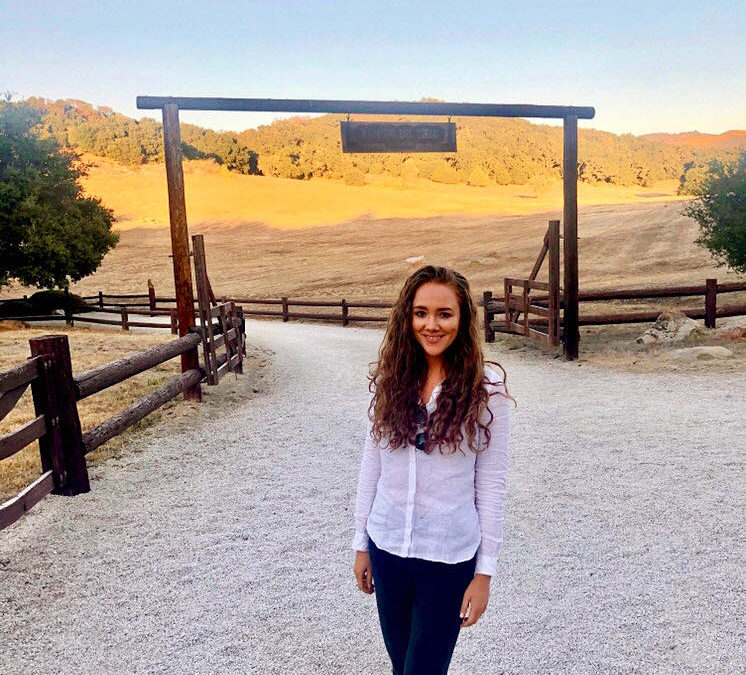 I recently visited the Reagan Ranch, hidden in the hills of Santa Barbara.  Also known as the Rancho del Cielo and “the Western White House”, this delightfully situated property was President Ronald Reagan and his wife Nancy’s sanctuary away from the noise of Washington.  Deeply cherished for its peace and quiet, Reagan once said, “Rancho del Cielo can make you feel as if you are on a cloud.”

It felt surreal and even somewhat invasive walking through their over a century old modest adobe home – including their master bedroom and walk-in closet – because the experience created a sense of undeserved intimacy as it allowed for a unique perspective into the personal quarters of one of the most powerful couples in history.  It seemed more like a visit to an old friend, rather than a tour of the home of one of the most illustrious former leaders of the free world.

I was both surprised and touched at seeing how beautifully yet simply the Reagans chose to live, despite their obvious ability to acquire grander things if they so chose.  While picturesque, the ranch is far more rugged than one might expect.  President Reagan took great joy in building his own fence, his own patio, as well as doing other chores around the ranch.  Instead of a queen-sized bed, the Reagans slept on two twin-sized beds pushed together and connected with zip ties.  They spent each Thanksgiving at the ranch where the President would carve the turkey on a piece of plywood laid over the little pool table nearby.  It took the experience of serving Queen Elizabeth II spoiled wine for the Reagans to finally decide that it was time to invest in a refrigerator.

Despite being the man who brazenly told Gorbachev to “tear down this wall” while standing on his proverbial doorstep, and that fact that he (and other leaders like Margaret Thatcher and Pope John Paul II) was inarguably largely responsible for the fall of the Berlin Wall as well as for the end of the Cold War, when asked by a journalist what he felt his greatest accomplishment was, President Reagan said that there was a dock down at the ranch that he was especially proud of.

Often unfairly portrayed as another heartless, out of touch politician, the Reagan’s home is further proof of their deeply held values of hard work and frugality as well as their undying devotion to each other—a devotion based on mutual love and respect, not dependent upon or even enhanced by luxurious living.  While it is easy to read about someone like President Reagan’s work and various triumphs in history books, I found that the man himself seemed to come alive in the surroundings he felt most himself in, the place where his presence can still be felt.

Seeing the table on his front porch where, while dressed in full denim and cowboy boots, the President signed the biggest tax cut in American history into law, was especially exemplary of his character and the principles he stood for.  Rather than reinforcing Washington as the place of power, President Reagan chose to give the power back to ordinary people, both in word and in deed.  The Economic Recovery Tax Act put a halt to an ever-growing bureaucracy, favouring greater freedom and opportunity for the American people.  As a result of this bill, youth unemployment dropped over 40%, while cutting the top tax rate also led to a doubling of revenue in that particular bracket. His vision to create a more prosperous America came true.

Few people are capable of reaching such great heights of achievement while remaining so grounded and connected to their roots, but it is clear that Ronald Reagan was one of them.  He remains an example of a doer of noble pursuits in all areas of his life.  States-men and women everywhere and in all times should take note.

If you ever happen to receive an invitation to visit the Ranch in the Sky (also called the Ranch of Heaven), I urge you to accept.

You will find less and also so much more than you bargained for.