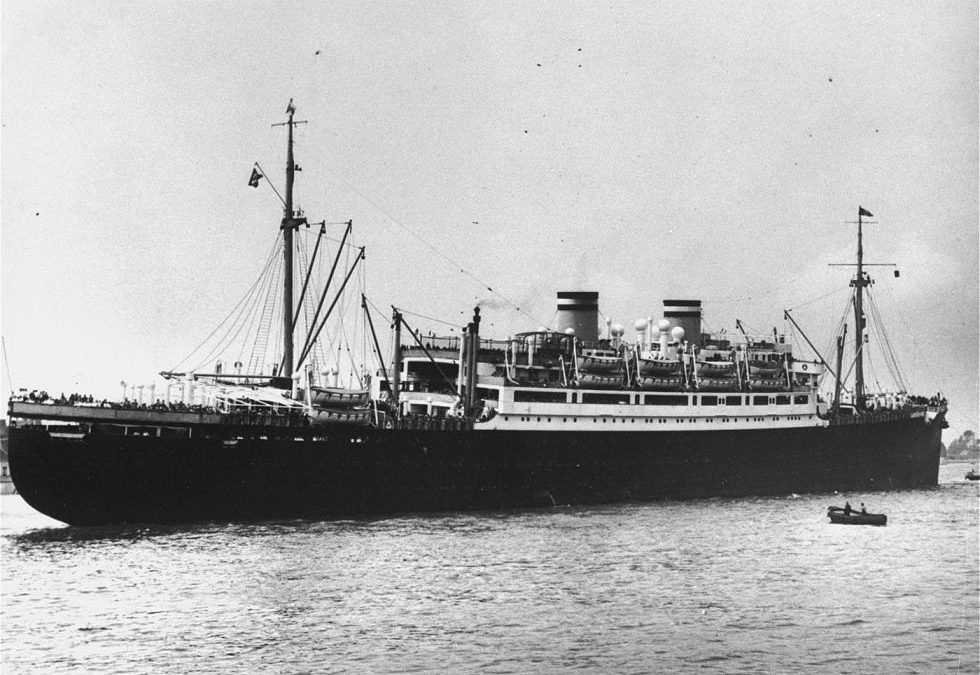 That deplorable statement, made by Laura Delano Houghteling (cousin to President Franklin Roosevelt and wife of the U.S. Commissioner of Immigration), was in response to the consideration of the Wagner-Rogers bill—proposed shortly after Kristallnacht in 1939.

This bill would have potentially allowed for thousands of German Jewish children to be sent to America, evading murder at the hands of the Nazis.  Tragically, the bill was overturned and the majority of those children were forced to remain in Hitler’s Germany.

Sadly, the anti-Semitic sentiment found in these words was not unusual.  In fact they reflect an attitude that was even more pervasive in Canadian society, at that time, than it was in American society—a Canada where it was not unusual to see “no Jews or dogs allowed” signs on clubs, resorts, golf courses, hotels, school boards, and beaches, or to hear anti-Jewish speeches in the House of Commons.

The Catholic Church in Quebec was particularly vehement in its support and orchestration of the “Achat Chez Nous” movement in the 1920s, which tried to drive out Jews through the boycotting of their businesses (despite Jewish people making up only 1% of the population).

English Canada was no better with organizations like The Social Credit Party, The Orange Order, and the Native Sons of Canada—all rampant with anti-Semitism.

The workplace was no kinder with a complete lack of Jewish judges, while Jewish lawyers were not admitted to most firms. There was not one Jewish university professor in all of Canada during the 1930s—and it was not for lack of aptitude. Not even Nazi Germany could boast of that feat. Jewish teachers were rare and many other industries banned Jews entirely.

This ugly side of Canada—of this incredible country that I call home—is what, to a significant degree, helped to facilitate the murder of many innocent lives. One of the most memorable of which was the turning away of the SS St. Louis, a ship that carried 937 passengers (mostly Jewish) from Hamburg to Cuba, setting sail on May 13, 1939.

The “Voyage of the Damned”

Sometimes referred to as the “Voyage of the Damned”, all of the Jewish passengers of the St. Louis were denied entry to Cuba (despite having purchased the necessary visas in advance), while the other passengers disembarked after five days in the harbour.

What followed was nothing short of a disgrace on the part of the international community.  The St. Louis (with the remaining 907 refugees) sailed from port to port all the way from South America to Canada, only to be rejected everywhere it went. Coast guards actually shadowed the ship to prevent it from running aground, which would have potentially allowed for refugees to escape.

The decision of then Canadian Prime Minister—Mackenzie King—and his peers—to reject the Jewish people had a devastating impact.

These refugees had no alternative but to return to Europe, where the United Kingdom, Belgium, France, and Holland took them in after much heated negotiation.  Unfortunately, Hitler invaded Belgium, France, and Holland not long afterwards, putting these refugees at great risk of being sent to concentration camps. 365 of the 620 passengers sent to continental Europe survived the war—the rest were burned in Hitler’s ovens.

In total, Canada took in fewer than 5000 Jewish refugees (and this wasn’t until three years after the St. Louis had been sent away), whereas the USA and Great Britain admitted 200, 000 and 70, 000 respectively, making Canada the country with the worst record on this issue among democratic Western nations.

This is a travesty which—current Canadian Prime Minister—Justin Trudeau—has recognized and felt was necessary to condemn in an official capacity.  And so on November 7, 2018, Trudeau addressed the nation from the House of Commons to formally apologize for Canada’s decision to turn away the passengers of the St. Louis in 1939.

The Prime Minister should be applauded for issuing this long overdue national apology—a good first step—but I cannot help but notice some inconsistencies in this area.

For example, rather than voting against the U.N.’s June 13th resolution condemning Israeli defence from Hamas terror, the Trudeau government abstained.  Furthermore, in another recent UN vote, the Trudeau government broke from other Western nations when it actually voted in favour of Cuba—when grave Cuban human rights violations were brought to the table.

History is most easily understood in hindsight, but there are some things that are too obvious to miss in our present day, even while we have the misfortune of having to live life forward.  The disease of anti-Semitism has not gone away, nor has it remained the same, existing only in certain pockets of the world in much the same way it did in the past; rather, it has mutated.

While the St. Louis fiasco shows a part of Canadian history that some point to as a sin of the past that we have learned from, and others would rather not be reminded of it altogether, it is imperative that we recognize that anti-Semitism still remains with us today.

The attitudes held by those seemingly well-adjusted, modern people of liberal democracies in the 1930s and 40s have not just disappeared into thin air.  Nor are we any better than those generations were a century ago.  One only needs to open one’s eyes for evidence of that.

This year’s Pittsburgh synagogue shooting was not an anomaly—Jewish homes, businesses, and places of worship in the USA and Canada are regularly vandalized and threatened.  It would be folly to assume otherwise. Anti-Semitism remains, in fact it has morphed into something more culturally palatable for the 21st century: anti-Zionism.

Anti-Zionism is the new Anti-Semitism

To be clear, anti-Zionism cannot be equated with criticizing individual Israeli policies (just as in North America and Europe, Israeli citizens regularly exercise the right to share their opinions—which includes criticizing their own government when they see fit)—rather, anti-Zionism is the belief that the Jewish people do not have the right to live peacefully in their indigenous homeland.

While being anti-Semitic is a buzzword that most people would never ascribe to themselves (after all, who wants to be labelled as a racist?), anti-Zionism is seen as acceptable—even as respectable—in many circles today. The name may have changed but the same human rights issue remains.

If Justin Trudeau truly cares about human rights, then why did Canada vote against 8 U.N. resolutions, which condemned Cuba’s human rights violations on issues like the forbidding of unions, imprisoning of gays, and allowing the capricious arrests of political opponents?  And why did the Trudeau government not stand with Israel in their right to self-defence against an enemy that has systemically sought their annihilation, even to its own detriment?

Charles Krauthammer said, “Mourning dead Jews is easy.  And, forgive me, cheap.  Want to truly honour the dead?  Show solidarity with the living—Israel and its 6 million Jews.”

Truly righting wrongs is a commendable and necessary thing to do (so that the offending party can consciously act with integrity in the future), but how does one differentiate between a half-hearted political ploy and genuine repentance?

Prime Minister Trudeau was right to give his November apology, but his words come across as somewhat hollow in light of his other actions.  One cannot be entirely faulted for questioning the sincerity of those words. It seems as though he is virtue signalling rather than taking a real stand on current issues (difficult as they may be) in a way that is meaningful simply because it might cost him politically—just as it would have cost his predecessor Mackenzie King politically in 1939.

How did the land of “please,” “thank you,” and “I’m sorry” get it so wrong?  While Canada has made some significant strides toward equality that should be acknowledged and appreciated, unfortunately—we still have a long way to go. Ultimately, actions speak louder than words.

The fact that Prime Minister Justin Trudeau said, “I’m sorry” for past wrongs is a good thing. Even better would have been sincerity.