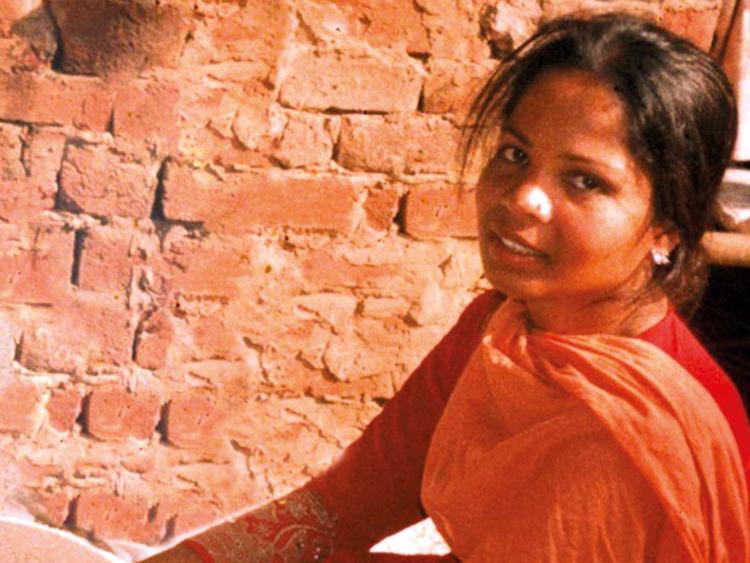 Sentenced to death by hanging for drinking water out of the “wrong” cup while on a hot workday of harvesting berries, the case of Asia Bibi has made global headlines.

This Christian woman from Pakistan spent nearly eight years on death row for making this seemingly simple mistake when her enraged coworkers observed her and reported her for her “crime.”

A mob of religious extremists came to her home, beat her and her family before police took her away.  Bibi was subsequently found guilty of Pakistan’s notorious “blasphemy law”—a law that is being used to bully religious minorities and vindictively settle personal vendettas.

It is arbitrary “annoyances” like these—drinking a cup of water, declining to sell your property below the market price, or refusing to give your daughter away to an interested suitor—that can earn the chagrin of neighbours, resulting in false accusations and planted evidence, and the widespread abuse of a justice system that allows for the punishment of the innocent.

Though colossally ludicrous, the blasphemy law has had disastrous effects for all of the people of Pakistan, though religious minorities like Christians are believed to be targeted with greater frequency for reasons pertaining to discrimination on the basis of caste and religion.

The Asia Bibi case garnered great international attention, serving to raise some awareness on an issue often overlooked.  Enough international pressure was put on the Pakistani government to allow for Asia Bibi’s release and (apparent) recent arrival in Toronto, Canada, where she has been accepted as a refugee.

Yet, religious persecution remains a rampant problem all over the world, and the stories of millions more are never told.

People like the Ayub family (names have been changed for security purposes), whom I have had the privilege of getting to know since their arrival in Canada in August 2018, now count themselves as one of the lucky few who managed to escape their persecutors, and successfully make a new home for themselves in Canada.

Despite their refugee status, the Ayub family was the picture of generosity and hospitality, kindly welcoming me into their home.   As we sat in a circle, gingerly sipping on milk chai tea and eating pakora—a delicious “cousin” of the samosa—different members helping to translate and interjecting to ensure that no detail was left out, the Ayub family shared with me their collective story of trauma, terror, and triumph.

Mr. Ayub (a lawyer and pastor), his wife, and his adult son and daughter come from an educated family in Karachi, Pakistan, one that prospered both spiritually and intellectually, contributing to Pakistani society through at least 12 books on philosophy and religion, their promotion of education through various projects, and their general community involvement.

Yet, even when reminiscing on the “good times,” the Ayubs emphasized that discrimination was never far off.  The son noted that a cousin of theirs had received the class’s highest marks at a famous medical college in Karachi—which would normally have resulted in his receiving the gold medal—however, the college told him that they were unable to bestow this greatest of honours upon him simply because he was a Christian, saying that his religious identity would reflect poorly on the school.

Prejudiced incidents like these have always been a part of the Ayub’s daily lives, but they too would come to face the brunt of the wayward Pakistani justice system.

One day, while the organization that Mr. Ayub was working for was engaged in the construction of a building project for a Christian education centre for children—a project that had already been approved—radical Islamists approached and threatened them.

This is how their years-long nightmare began.  The death threats got worse and the Ayubs were forced to move residences three times, but they were always found again (through different factors, including the Pakistani national I.D. cards—containing an electronic chip, making the tracking of people easy).

On one occasion four to five men physically assaulted Mr. Ayub at night.  He doesn’t share the details of that event, only saying: “God saved me.”  The police were contacted over and over, but their answer was always the same: “We can’t help you; you have to have a solution for yourselves.”  Sadly the extremists successfully intimidate Christians and moderate Muslims alike.

They then escaped to an undisclosed location in the Asia Pacific region where they spent the next four years inside one small room, living on sometimes less than one meal a day, suffering health problems, and only daring to venture outside on Sundays to attend church services.

Fear of capture was a daily reality as their refugee application with the UNHCR dragged on as the years went by.  They knew of others who lost childhoods in detention—missing education during their formative years, contracting illnesses, even dying of disease, and others of old age.

The daughter says, “The most scary thing every day was the thought of getting caught.  We were always praying that God would give us one more day.”

Thankfully, through some connections at their new churches, the Ayubs were able to connect with a small church in Langley, B.C. that financially sponsored the family under the Canadian private refugee sponsorship program (initiated by the previous Conservative government).

This community has been able to provide financial and emotional support to the family, ensuring their transition to becoming well-adjusted and productive members of Canadian society (they already have full-time jobs).

Though the scars of their horrendous experiences remain, the Ayubs are not bitter.  They believe that anyone deserving of refugee status, irrespective of religion, should be admitted to Canada.  But, they point out the present bias against Christians in many countries, as well as in various immigration/refugee processing systems—including at the U.N.—that have resulted in the imprisonment of legitimate refugees, as well as their deportation back to places that would bring about their certain death.

While it is difficult to track the exact numbers amidst corrupt leadership, rumours swirl that the cases of some groups are accepted close to 100% of the time, whereas Christian cases may be accepted less than 50% of the time in some instances.  Corruption runs deep as some local translators hired by the U.N. are reported to have relayed false information to officials during refugee interviews, resulting in the rejection of some cases on the basis of the false information given.

It cannot be denied that the actual processing of refugee applications is systematically flawed.  This is not only a problem in Canada; it also extends to various nations around the world as well as to international organizations like the United Nations.

A recent example is that of a 19-year-old Yazidi girl (who was able to claim refugee status in Germany) accidentally running into one of her ISIS captors on the street—twice—a man who had participated in holding her hostage and repeatedly beaten and raped her for years.  This man had also claimed and been granted refugee status in Germany.  There have also been reports of Yazidis in Canada receiving threatening messages from extremists.

Ensuring that these kinds of mistakes don’t reoccur must be seen as a priority.  Educating ourselves on the particulars of religious conflicts and different kinds of bigotry that exist in various parts of the world is key to succeeding in making our immigration system that much fairer.

Many mixed messages exist—including those who deny that religious persecution exists in Pakistan at all.  In response to Tarek Fatah, a Pakistani-Muslim immigrant to Canada who has widely criticized Pakistan’s government and legal system, Nadeem Haider Kiani—Press Attaché of the Embassy of Pakistan—wrote:  “People belonging to all faiths including Muslims, Hindus, Christians, Sikhs and Ahmadis are living with complete freedom of worship. No one has been subjected to persecution on the basis of religion, race, or sect.”

Yet incidents of Christians being beaten, driven from their homes, and burned alive in Pakistan are not rare.  Not only do attacks like these happen daily, but also the criminals are rarely held responsible.  In spite of the overwhelming evidence proving this reality, persecution against minorities like Christians in Muslim countries is still ignored or even blatantly denied.

Millions of refugees are living in squalid and life-threatening situations all over the world.  These men, women, and children come from all walks of life.  Regardless of religion, the majority of them simply want to work hard and make a better life for themselves and their children in peace.

It is people like these whom we can thank for building up our country in the past and it is these same people who will contribute to our collective success in the future.  It is our responsibility to sift through the mixed messages we are receiving, look at the evidence, and discern a just response—political correctness and bias aside.

The Ayub family said, “Please help our friends.  We know so many people who are still there suffering without hope.  Please bring them to Canada.”  The onus is on us to do just that.